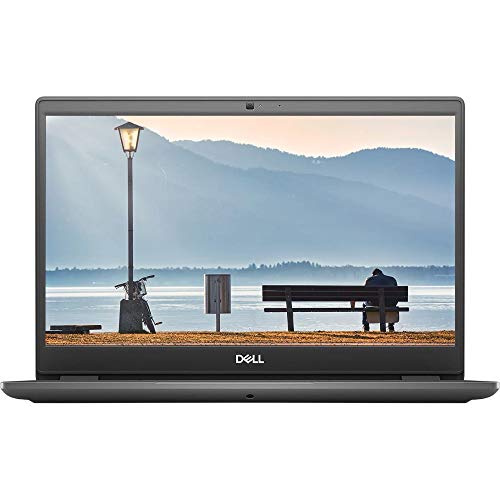 The Dell Latitude 14 3000 is under scrutiny in this particular 3000 series, which I will explain.

The Dell’s Latitude 14 3000 is well common for workers because its extended battery life enables the system to run for more than 10 hours. In addition to that, it also has excellent security, great and fast performance, and a durable design.

The system weighs about 4.4 lbs, and much of this weight is from the extended battery, which adds nearly a full inch. So the extra thickness can be an issue.

It has a durable and rigid design, and traveling with your laptop between home and office can not be much of a concern in terms of durability. Moreover, it is equipped with MIL-STD-810G security credentials, proving that this laptop can withstand shocks, vibrations, and extreme temperatures.

It has two 3.0 USB ports on the left edge, an Ethernet jack, and an HDMI port. In addition, there is a 2.0 USB port on the right edge, a VGA video out port that proves helpful when connecting it to older monitors and projectors, and it also has an SD card slot used to expand the system’s internal storage of 128 GB.

It provides excellent security features that most workers need. Further information on this is that it comes with a Trusted Platform Module that makes sure that your data is encrypted at a hardware level. It also has a fingerprint reader.

The keyboard needs some work, although it still provides that comfortable feeling when typing.

It has a 14-inch 1080p display which produces clear images and smooth text. It also accommodates screen-intensive work tasks like viewing large documents and split-screen activities. However, the major drawback is a flat screen that produces washed-out and inaccurate colors.

The six-cell battery attached to the laptop can run for approximately 10 hours, which can still last this long even after continuous web browsing and WiFi.

The Geekbench 3 test conducted on the laptop ranked 6446, which is better than average.

It is sold in several configurations. The base model comes with low power of 1.5 GHz Intel Celeron 3215 Processor, 4GB RAM, 500 GB Hard drive, and a four-cell battery. In comparison, this model in discussion is better and comes with a Core i7-6500U Processor, 8 GB RAM, 128 GB SSD, and a six-cell battery.

The Dell latitude 14 3000 is an excellent laptop for those wishing for a laptop that lasts long. In addition to that, it indeed has an ideal security configuration, a durable design, and fast performance. 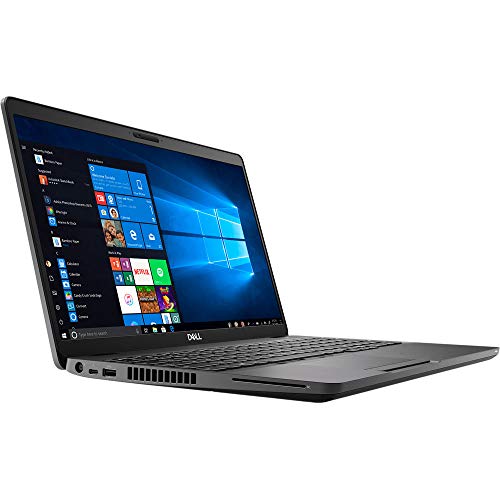 I will review the business laptop Dell Latitude 5500 of the 5000 series. It is equipped with numerous configurations that provide suitable elements for almost any demand in the business factor.

It has a plastic case that shows high-quality craft and offers comfortable haptics.

Due to the base’s lightweight, the display lid may only be opened with one hand while holding the bottom down. However, one hand can adjust the display cover, extending 180 degrees.

To access the internals, take off the screws on the bottom of the Latitude 5500, and remove the case bottom very effortlessly. After that, you may access the internals, such as the working memory or SSD. You may change both test models’ M.2 and 2.5-inch SATA hard drives. However, the M.2 SSD must be positioned over the free SATA slot; therefore, you cannot utilize both.

Lesser-known ports such as Thunderbolt-3 are found on the sides of the Dell laptop. For Type-C connections, you’ll need to reconfigure this. The optional smartcard reader may also be appealing to commercial users. If required, the Latitude 5500 may be configured with a wireless contact area and an NFC sensor below the card reader. An automatic cover also protects unwanted eyes.

In addition to the storage card reader, the Latitude 5500 has a SIM card slot below it. The card reader accepts only microSD cards and reads and writes data at 181 MB/s. Also, a 2×2-MIMO antenna is included in the test unit’s WLAN module. It received 624 Mb/s and sent data at 634 Mb/s on my business laptop. If you want to upgrade to WiFi 6, you may order the Dell Latitude 5500 with an 802.11ax WLAN card.

With a matte surface and a 1920×1080 resolution, the 15.6-inch IPS panel enables touch. Unfortunately, the test field has the lowest average brightness at 228 cd/m2. But at 93 percent, it has the most extensive brightness distribution among other comparison devices.

Buyers may choose from a variety of displays. Besides, a panel has 1366×768 pixels and a maximum brightness of 220 cd/m2.

The Dell Latitude 5500 also scores well in PCMark testing of system performance. It can outperform all PCMark ten disciplines but only second in PCMark 8. In addition, the Dell laptop provides easy system operation and data access.

The Dell Latitude 5500’s keyboard has many blocks and large keys. The Enter key is the only one that is somewhat smaller than the rest. However, the pressure point is still clearly visible. As a result, longer typing jobs may be accomplished effortlessly after a short amount of adjustment time. Our test model also has a two-step keyboard lighting option available. Its steady brightness makes the keyboard writing visible even in the dark.

A touchpad with distinct mouse keys and a TrackPoint with two separate mouse keys below the Space key are options for replacing the mouse. The TrackPoint keys are more complex to press than the touchpad keys. Rubberized TrackPoint avoids fingertip slippage: a smooth surface touchpad and a gentle resistance to the fingertips for accurate mouse pointer navigation.

What is the difference between the Dell latitude 3000 series vs 5000 series?

What do Dell Latitude numbers mean?

Is there any significance to the Dell Latitude numbers? First, Dell’s corporate business unit is known as Latitude. Second, the letter “E” represents the Latitude family, while the second number represents the series. Third, the screen size (5 for 15-inch, etc.) and the final two digits signify which generation of the family it belongs to is indicated.

How do I know what series My Dell laptop is?

In addition to being constructed of more durable materials such as carbon fiber casing, the top-of-the-line model features better processing choices than the other two models. However, they are all capable machines with 8GB of RAM, discrete graphics, and other features.

Dell has long used a naming scheme that is utterly befuddling, with models of various sorts and specifications strewn over the alphabet and numbering system. For example, within the Inspiron series, there are two characters named R and Z. Today, it seems like they are introducing three new series: the 3000, 5000, and 7000 series. This is puzzling, as the Dell XPS line is by far the finest, and the Dell XPS series is by far the best.

You can notice a change in the build quality, the materials used, the thinness, and features like support for USB 3, Wireless Displays, Touch screens, and a shift towards the current generation of CPUs.

You will always notice a slight overlap between the models when comparing them, where the top models of the Series 3000 will seem to have greater specifications than the lower-end models of the Series 5000. You have to assume that the 5000 is made better than the 3000 since you can’t physically inspect, touch, or feel the Dell products when you purchase them online.

Dell’s Latitude range of laptops is intended for users ranging from semi-professional to professional levels. In addition to having taglines such as “capable and trustworthy,” they are also a laptop series.

All three series (3000, 5000, and 7000) are excellent in their own right, with the 7000 series being much better than the earlier series laptops. All of them are energy-efficient, long-lasting, modular, and have high-quality specifications built-in.

Consequently, it is dependent on your requirements. For example, if you are a light user, you could opt for the 3000 series. In contrast, more than light users should opt for the later series, which comes pre-installed with power-packed specifications and other subset features, such as virtualization.

It’s all about getting things done quickly. It is basically a CPU upgrade that is the main difference. CPU with two cores or four cores. Dual-core CPUs are much slower than quad-core CPUs. Duel core processes data with the use of two hyperthreads. A quad-core processor features four hyperthreads, which allows for quicker data processing.

Dell Inspiron 7000 Series: The interior design is opulent. Some variants are also available in metallic finishes. The Inspiron 7000 models outperform the Inspiron 3000 and 5000 series by a wide margin based on overall performance. There are no variants available in the 7000 with a Core-i3 processor. All of the models are either Core i5 or Core i7 processors. In terms of durability, performance, design, build quality, and improved graphics, the Dell Inspiron 7000 outperforms its competitors in almost every category.

To summarise, the Inspiron 3000 Series is the best option; on a mid-range budget, while a more fashionable one is the Inspiron 5000 Series, the more exquisite is the Dell Inspiron 7000 Series Laptops.

The Dell’s Latitude 14 3000 is well known among workers because of its extended battery life that enables the system to run for more than 10 hours. In addition to that, it also has excellent security, great and fast performance, and a durable design.

Charles is passionate about blogging and technology, he studied Marketing and Computer Science, worked with other companies like Data Race Hero. Charles also manages few websites including bestsoundsystemformusic.com. He likes Working with Gadgets, Music, and Football.